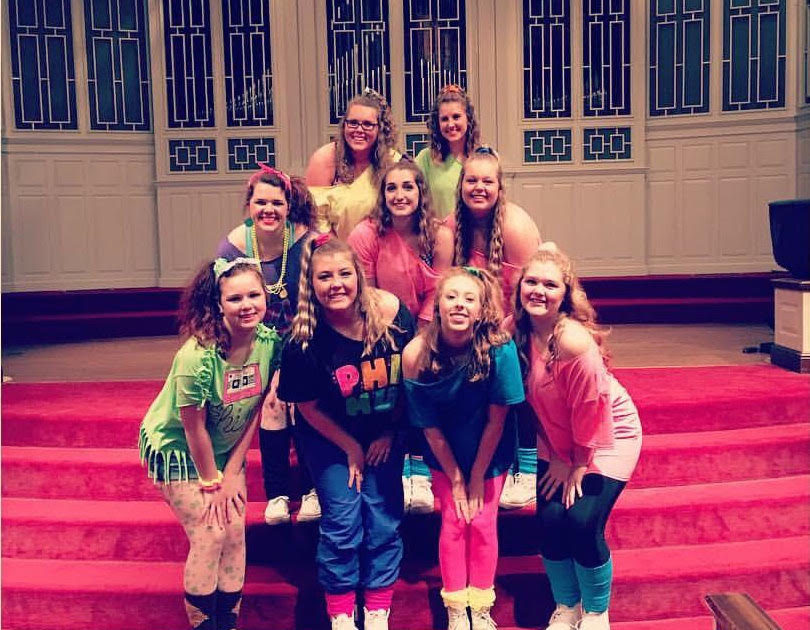 The SU Panhellenic Council hosted a lip sync competition in the Chapel on Thursday, March 2, 2017, to raise money for their philanthropy, Circle of Sisterhood.

According to the Circle of Sisterhood website, the organizations aims to “break the cycle of poverty and oppression” for young girls in impoverished countries. Each year Panhellenic does a fundraiser to raise money for this cause. This is the third year that they have put on a lip sync competition.

All three sororities on campus participated in the decades themed night by creating two different teams. Each team came up with a dance routine to songs from the era that they were given.

Alpha Delta Pi members rocked to songs from the 80s and a few modern day hits, while the Zeta Tau Alpha ladies gave each college student a time-hop back as they recreated some iconic dance moves from songs of the 90s. Phi Mu offered a unique spin on the classic 2000s hits and showed the audience how 80s songs can still be fun today.

Cecil Robinson and Caleb Britt were the emcees of the event and provided entertainment for the crowd as they watched each group perform their dances. Robinson and Britt added a special touch to the night as they told jokes, carried on conversations with the audience and introduced the performers.

Each group performed well and created audience response; however, there had to be a winning team.

Taking third place were the ladies of Phi Mu’s early 2000s group who created lots of nostalgia within the room.

First place was taken by Phi Mu’s 80s group for their routine that showcased hits from the decade.

Emily Cheek, a freshman Phi Mu, was elated to be a part of the 80s group that won.

“I did lip sync because it was another opportunity for me to get closer to my sisters,” Cheek said. “I really enjoyed learning dance moves from my big [sister] and helping her. Winning was just the cherry on top of a great night!”