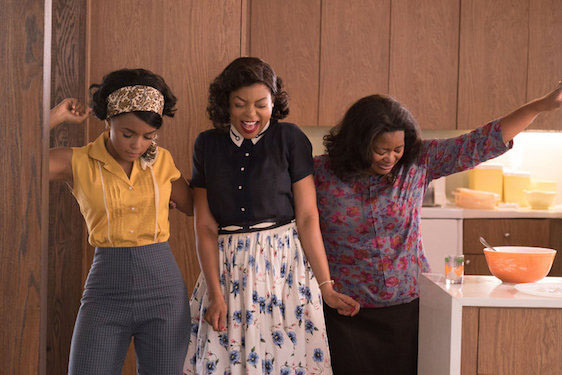 Hidden Figures is the story of Katherine G. Johnson, Dorothy Vaughan and Mary Jackson who are African-American women working at NASA. It was nominated for Best Picture. (20th Century Fox/TNS)

If you haven’t seen the movie yet, let me give you a quick synopsis without spilling all the beans even though I’ve seen it twice.

This movie recounts the true story of Katherine Johnson, Dorothy Vaughan and Mary Jackson, three African-American women who made extraordinary strides in NASA in the 60’s at a time where Jim Crow laws were in effect.

These women were a part of the mathematics backbone that helped get Astronaut John Glenn into orbit during the Space Race. During that time, African-American women with college degrees were hired to solve mathematical equations and calculations. They were called “colored computers.”

These women did an incredible job displaying the essence, example, Black Girl Magic and Black Excellence that Johnson, Vaughan and Jackson displayed years ago.

As an African-American man, I found it refreshing to see African-American women break barriers and do the impossible. These women were treated unfairly and were regarded as less than, but they continued to move forward. Movies and stories like this make me appreciate the African-American men and women who paved the way for me and many others.

This movie showed me why movies like this are important. They break barriers and show boys and girls what doing the impossible looks like no matter what color you are or what background you come from.

These women had all the odds stacked against them, even though they were highly qualified. They got up every morning knowing that the day would present challenges, but they worked hard and persevered in spite of.

This movie also taught valuable life lessons. First, you have to truly support those around you. When Johnson and Jackson got promotions, Vaughan was happy to see her girls succeed even though she too wanted a promotion. They had a genuine sisterhood apart from being members of Alpha Kappa Alpha Sorority, Inc.

Secondly, hard work and perseverance are the keys to anything. These women did not let anything stand in their way. Even in their moments of doubts and insecurities, they kept moving forward knowing that their hard work would pay off.

Overall, this movie will tug at all of your emotions. This is a movie for people of all ages and backgrounds. You will walk away feeling enlightened and inspired to work harder and dream bigger. Hopefully, this movie will also make you think of the other untold stories that the world needs to see.

Art student on a mission

Break offers more than respite for most