Two minutes and 30 seconds is all the time competition cheerleaders have to prove they have what it takes to be the best at Nationals. Small co-ed flyer Jessi Clark, senior communication arts major, knows what it takes to compete both on the mat and in the classroom.

In the cheer world, everything comes down to time. Clark said time management is the key to her success as well as something she must work on every day.

“The biggest challenge is making sure I manage my time evenly with school and cheering,” Clark said.

She said that cheerleading never has an off season.

“Because I cheer for football, basketball and I have an actual competition season, there is not a day when I don’t have practice, workouts or a game of some sort… time management is key,” said Clark.

Graduate assistant Katie Browning explained that being a student athlete requires dedication. She added that Clark must maintain good grades and manage all the necessities that come with being a student and an athlete.

“She (Clark) has to juggle classes every day, required study hall, four practices per week, two workout sessions per week and studying in order to make grades and stay eligible for the team,” explained Browning.

Browning added that through all of this, Clark is exceptional on and off the floor.

“Jessi makes good grades and is an exceptional athlete in practice,” said Browning.

Browning said Clark’s devotion to the program for four years has left a lasting impression on the program.

“Leaving her mark on this program is very important to Jessi because she is so passionate about this sport,” said Browning, “and it has been so exciting to watch her grow as a leader over the past two years.”

Clark said that a new team can become a strong team, and a strong team is one that overcomes adversity to reach overall success.

“There are ups and downs each year with each new team, but we always manage to work so hard and have a good end result,” Clark said.

Clark sets goals for herself each season to measure success and to be able to say she achieved something great during the season.

“I also had one goal as a cheerleader before my ‘career’ ended and that was to win a national championship,” said Clark. “After winning sophomore year, I can now say I’m a proud national champion.”

Clark’s passion for winning makes her stand out among her teammates, according to Browning.

“There is no doubt that Jessi’s hunger for winning is what makes her a stand-out athlete,” said Browning, “and she wants to top her collegiate career off with a win.”

Clark’s time at Shorter is coming to a close with Nntionals right around the corner, but her excitement remains the same. Clark said she has loved cheering these past four years.

“Cheering at Shorter has been awesome!” exclaimed Clark. 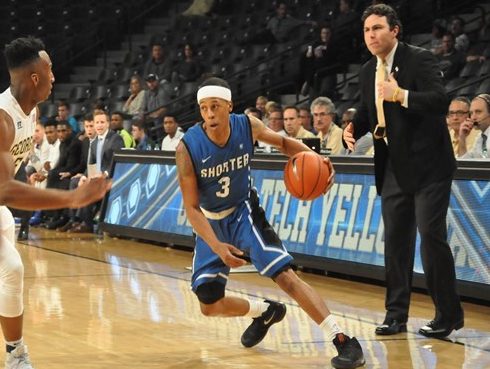