Shirts, pants and shorts missing from the dryer before you can even get to your freshly cleaned laundry. Video games, controllers, headphones and televisions gone in the time it takes to shower. These were the worries of those living in the freshman dorm, Roberts Hall. The only security measures in the building were your room key and the amount of intimidation you impose on fellow residents not to five-figure discount any of your belongings.

Shorter has finally taken measures against the thieves. The lifestyle that was once that of the movies in the old beat up dorm has drastically changed for the remainder of its existence. What was once the home of fight clubs, hallway jousting matches, shower pranks and broken curfews is now the epitome of what Shorter wants its dorms to look and act like. Residents no longer have to fear doing laundry and being a minute late to get it, or leaving their door open when they rush down to the basement for their clothes.

Shorter’s residence life staff and campus safety collaborated to plan how to end the tangent of robberies that were occurring in the freshman dorm. Their solution was to install cameras in each hall facing each entrance and exit. One camera was also placed in the laundry room to watch over the clothes that students put into the washers and dryers.

“I love the change. I can safely wash my more expensive clothes without worrying about someone coming in and snatching them from a dryer,” said Miller.

Though it was not his first choice, Vice President of Student Affairs Corey Humphries said there was no other option.

“I hate having to do it, but they were necessary with the situation that was going on in Roberts,” said Humphries.

Known for slip and slides in the hallways, lights out dodge ball and trashcan bowling, Roberts is not the same for some of the older residents that live in the old building.

Senior political science major Chaz Bowles commented that the cameras have changed the atmosphere of the dorms.

“As a resident assistant, the cameras make my job easier, but they have changed this place. When I was a freshman there was always something fun and crazy going on,” said Bowles. “The cameras have taken the crazy college feel away from this place and it just doesn’t feel the same anymore.”

A necessary change brought to the lives of the wild and young men of Roberts Hall, but it comes at a cost the younger generation will never truly understand. The cameras take away much more than just burglary and vandalism. They take away part of the community that helps Roberts Hall be the dorm it once was. 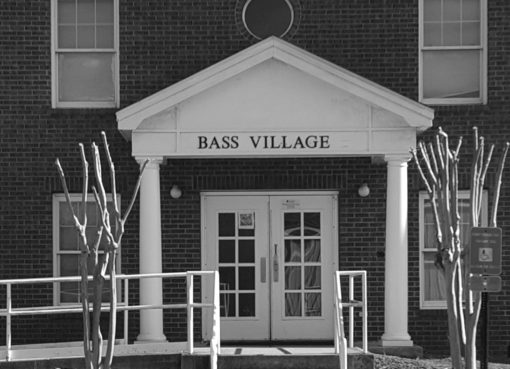