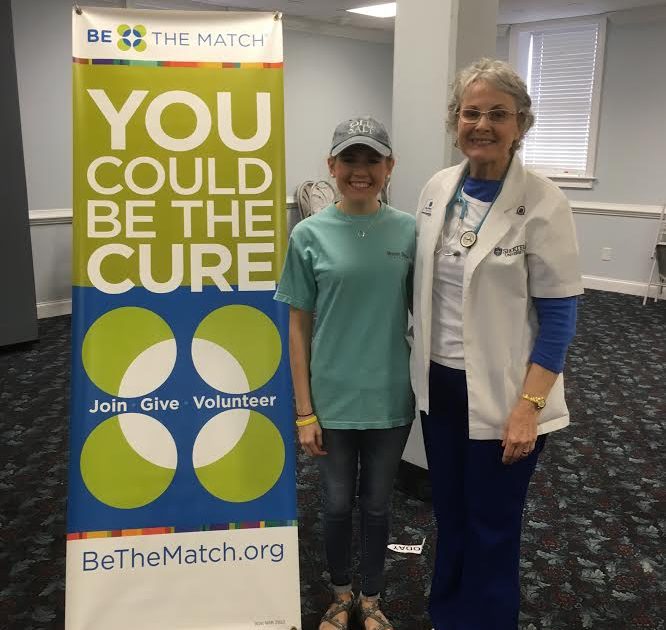 Kendall Womack was in her first semester of nursing school when she was diagnosed on Jan. 17, 2017, with Mono-MAC, a rare genetic disease. Womack and her family knew that a tough journey lie ahead, but Womack decided to possess a queen-like attitude through her health valley.

Womack knew something was wrong when everyday tasks became harder. She worked a part-time job and commuted to school but felt fatigued and less efficient.

It wasn’t until she went to the doctor for a physical before she started nursing school that she realized something was wrong. Womack had blood drawn, but it took the doctor a while to get the results. The doctor soon sent her blood work to Emory Hospital.

“That’s when they started figuring everything out,” Womack said. “My blood counts were sort of in the critical range and showed why I was so fatigued, and I didn’t have the energy that I felt like I should have.”

Womack, 20, remained in the Brady School of Nursing for three months until she decided to withdraw to focus on her health because she wasn’t performing at her preferred level.

“I think I was so tired and so rundown that I wasn’t able to study as much as I should or do the things required to excel in nursing school,” Womack said.

The pre-nursing major discovered she had the rare disease a few weeks later while at an appointment at Emory with her family and team of doctors.  Womack said she and her family were shocked yet relieved that they finally had a diagnosis after months of having unanswered questions.

Be The Match held a donor drive for Kendall in Cartersville, Ga., on Jan. 28. Rod Gunn, account executive for the National Marrow Donor Program, said 444 people registered at Womack’s drive in three hours, which is above average for a normal drive. Bone marrow drives usually register 40-50 people.

“One of the most successful drives we’ve had in the state of Georgia,” Gunn said. “When you register 444 people, that’s just outstanding.”

Womack’s match was found three months after her first drive, but she doesn’t know who the donor is. She only knows that the donor is a 30-year-old male. More information will be released about the donor a year after the transplant.

Be The Match also planned a marrow donor drive on campus for March 28 before Womack found her match, but Womack wanted to continue with the drive to spread awareness and possibly help someone else find a match.

“It was so great,” Nurse Mary Shotwell Smith, student health services director, said. “It was a big success.”

Womack’s donor will undergo a series of tests and procedures as he prepares to save Womack’s life. He will give a blood sample and have a physical examination to confirm that he is the best match for Womack. The donor will then have a consultation with the transplant center that will be collecting his marrow so that they can explain the procedure.

Womack is also grateful for her family, friends and Shorter peers for helping and supporting her throughout her journey. She believes their support has made a difference in her life.

“I feel that the Lord has given me peace about this process,” Womack said. “He’s been with me every step of the way, and I know He’s not going to leave me at this point.”

A journey to Arlington