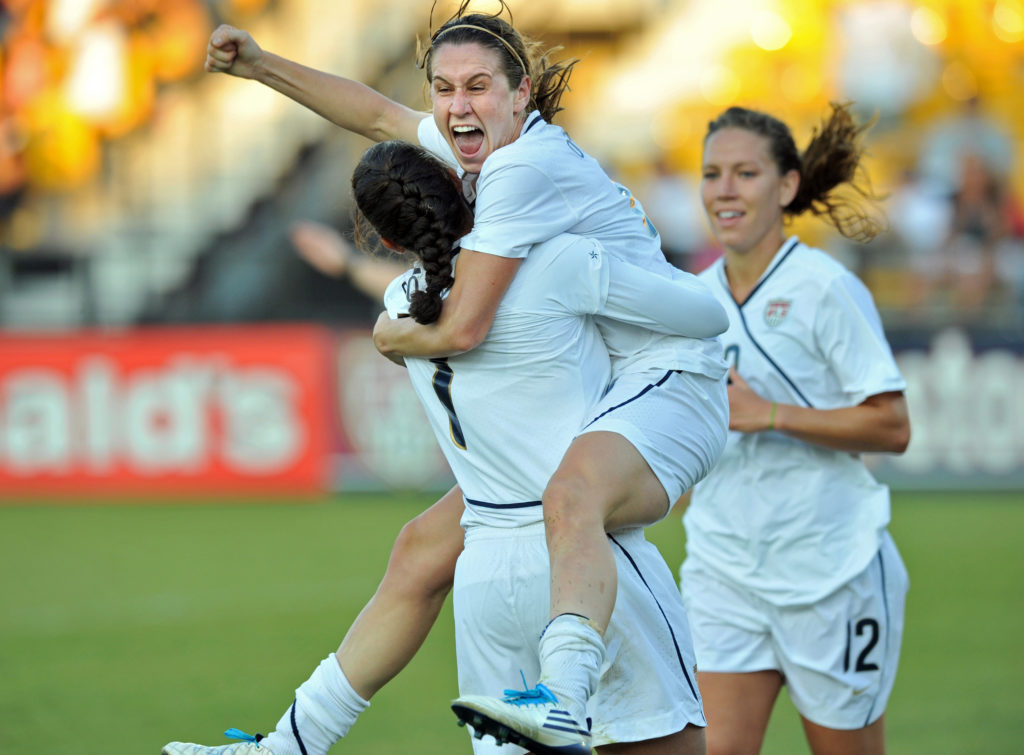 As January camp for the Women’s National Soccer team (USWNT) comes to an end, head coach Jill Ellis has released the Olympic qualifying roster that will compete for the 2016 CONCACAF Women’s Olympic Qualifying Championship this month.

After winning the World Cup this past summer, the team participated in a victory tour across the country celebrating their momentous accomplishment.  These games, along with the team camp in January, helped Ellis choose 20 players for the Olympic qualifying roster.

According to U.S. Soccer website, the decision process was difficult for the FIFA Women’s World Coach of the Year.  Ellis believes this roster to be one of the most versatile yet.

Surprisingly, veteran midfielder Heather O’Reilly was left off the roster.  O’Reilly was a part of the World Cup team in the summer of 2015 and has been on the U.S. roster since 2002, earing 227 caps, 46 international goals and three Olympic gold medals (Fox Soccer website).

“It is crazy how a veteran who is the fittest player on the team could be left off the roster, and a 17-year-old who just played her first game made it,” said junior biology major and soccer player Lora Bruce.

Unfortunately, there will not be a farewell match for O’Reilly, but she will still be playing in the Women’s Professional League (WPSL) for the Boston Breakers.

Ellis built the 20-player roster on the idea of changeability and youth.  She hopes to bring in the new generation of players by adding six players who were not on the World Cup roster.

“It has to be tough to marrow down the roster for the Women’s National team.  There is so much talent,” said SU Women’s soccer coach Ben Birdsong.

An exciting addition to the team is the young Mallory Pugh, 17, from Colorado.  Pugh made her first cap one to remember by scoring in the 5-0 win against the Republic of Ireland. She signed to play college soccer for UCLA. 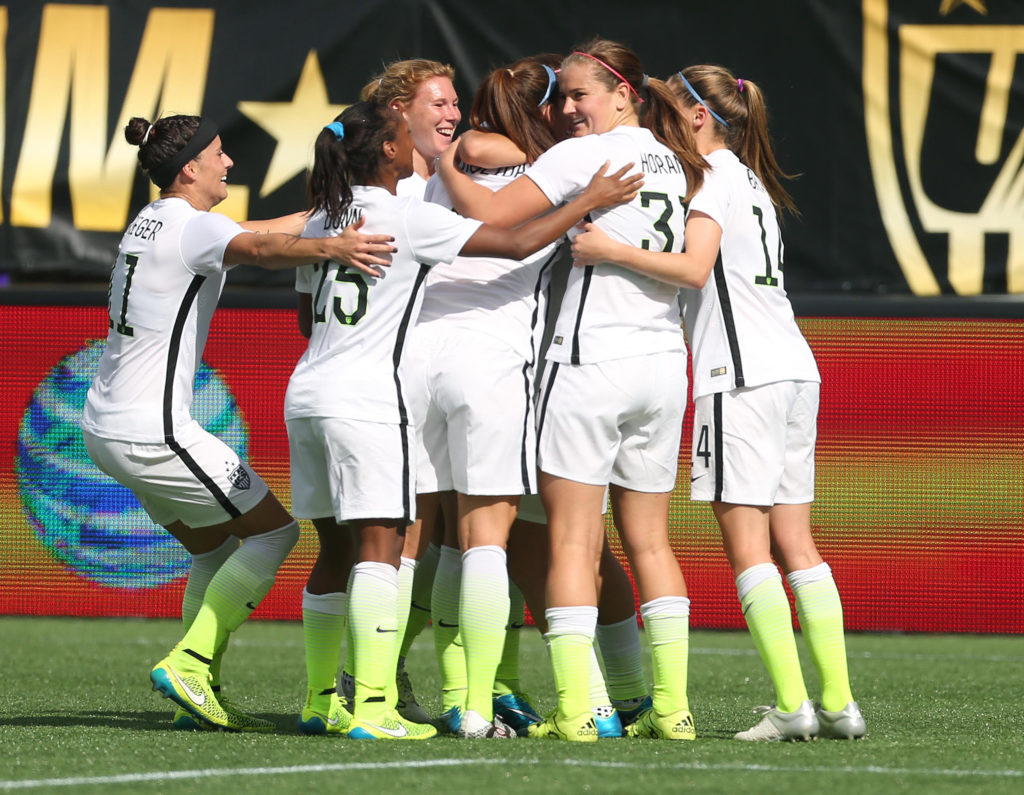 “That’s a huge opportunity to be able to be one of the youngest to play for the USWNT and to play for your country. It is a huge honor,” said sophomore computer science major and lacrosse player Tiffany Kongpachith.

Despite the unexpected cut of O’Reilly, the USWNT hopes to successfully qualify for the Summer Olympics in Brazil and eventually win a gold medal with help from a new group of young players looking to make a name for themselves.

Photos by: MCT Campus
Heather O’Reilly (top left) celebrates scoring a goal during an international friendly against China. The USWNT (bottom right) celebrates a goal by Alex Morgan during an exhibition game against Brazil.