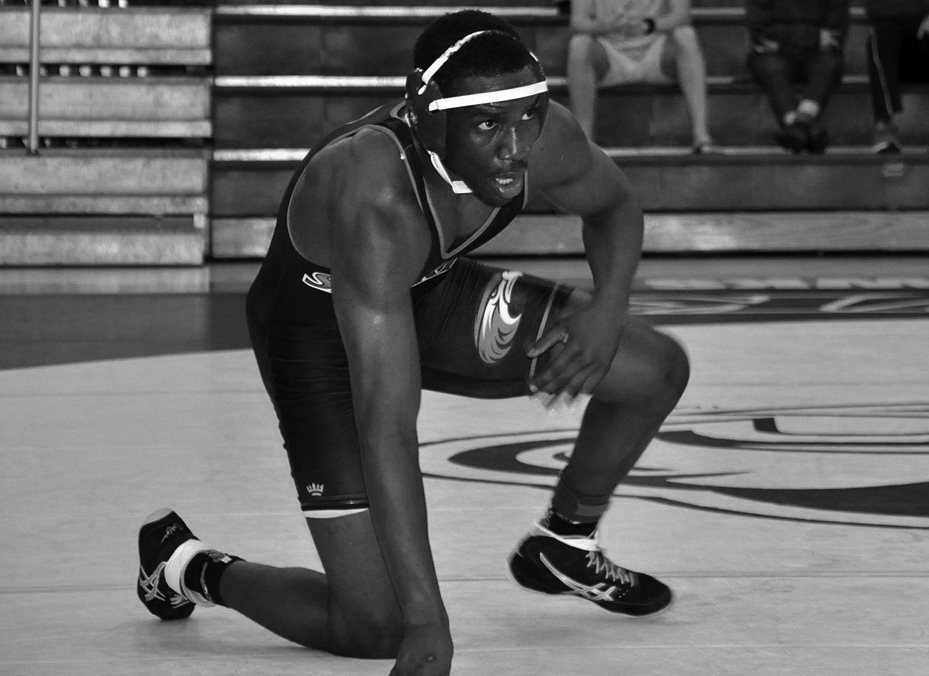 The outset of Smith’s championship journey  looked bleak. After losing his first match on Friday, he quickly regained his focus and directed all his energy towards winning his next match.

Overall, Smith finished fourth in the 184-pound weight class. “It was an honor,” Smith said. “I immediately called my mother and told her what went down.” Initially, Smith did not realize that he had made history.

On Saturday, Smith won his second round match in a 7-2 decision over Luke DeLuise of East Stroudsburg, going on to earn an 11-2 major decision over Caleb Rivera of Limestone. The victory placed him in the consolation semifinals.

Again, Smith took a victory over Dakota DesLauriers of Mercyhurst with a 5-3 decision to find himself matched up against John Vogt of McKendree University in the third place bout. Smith’s historical run came to an end with a 9-4 decision.

Now a senior on the verge of graduating, Smith’s wrestling journey began back in ninth grade. “When I was in ninth grade, I just wanted to hang out with my friends from the neighborhood [be]cause all of them wrestled,” Smith said. “It just turned out I was pretty good at it.”

2009. Caldwell’s style inspired Smith in his own wrestling pursuit. “He was the underdog going into the NCAA Championships, and he got the job done,” Smith said. “I just loved how he wrestled.”

When asked about his fondest Shorter wrestling memories, Smith recalled a particular moment with Coach Henson after winning the NCWA (National Collegiate Wrestling Association) Championships in Allen, Texas. After taking the match, he had an emotional embrace with Henson.

After graduation, Smith plans on going back to Montgomery, Alabama to work as a correction officer and assistant wrestling coach at Huntington College. He also wants to start his own business and become a UFC fighter by practicing Mixed Martial Arts. This summer, he will be on the mat again in Ohio. This time, it will be to make the Olympics team.

Smith, though, is not the only senior who wrestled in the NCAA tournament. Fellow classmates Aldon Isenberg, Colby Rinehart and Andrew Ewers were Shorter’s first-ever athletes to compete on the championship stage.

On Saturday, Isenberg and Ewers attempted to forge their way in the consolation bracket, but neither senior could advance. Isenberg was pinned by Joseph Calderone of Long Island University in a second round 133-pound match, and Ewers lost a 5-4 decision to Jordan Passehl of Colorado Mesa University. Rinehart was Shorter’s fourth wrestler who qualified for the team’s first appearance in the NCAA national championships, one that witnessed the Hawks’ team place in the top 20.